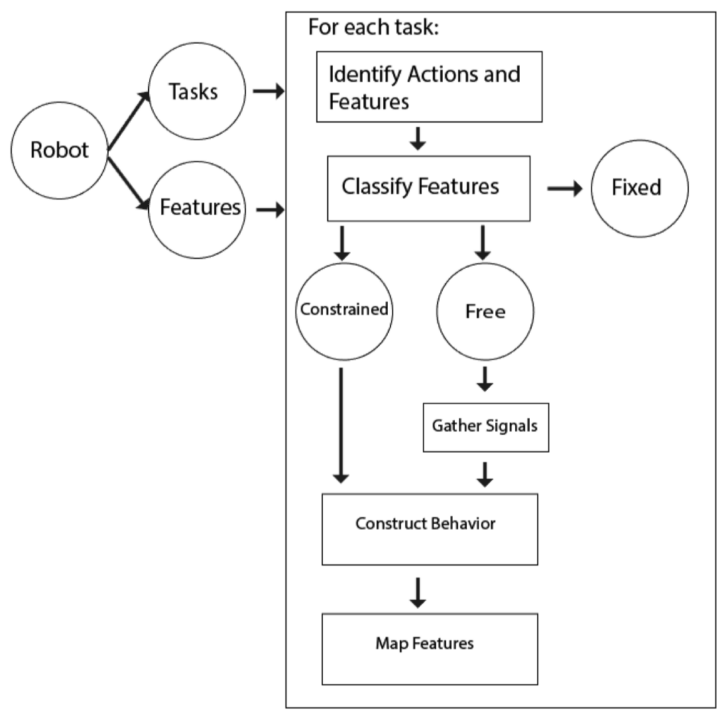 Copyright Notice The content of this page is provided by Hung Tran Duc. All rights reserved.

[…] Animals might present an alternative approach. Lacking resemblance to humans, animals, especially pets, still manage to express emotions which can be received and partly understood. In [Lak+14] Latakos et al. attempted to mimic a dogs behavior with a robot. The Paro is a robot with the appearance and (superficial) behavior of a baby seal[Sab+13]. It is supposed to provide company for the elderly by reacting to verbal or physical actions. This suggests that human-animal-interaction might help to improve human-robot-interaction.

Delbaere et al. explained how objects are personified in ads to be perceived as humanoid or anthropomorphic [DMP11]. They observed that emotional reactions are caused and lead to an increased acceptance of the advertised product.

There are various instances of pop culture where an emotional bond to a figure is created despite the lack of any human resemblance. The nature of the figure can range from animals to inanimate objects (Fig 1.2) to robots (Fig 1.1). That suggests there are mechanisms that enable humans to have emotional relationships to non-human beings. […]

You can download the full submission as PDF file (6 MB) here.